About: Municipalities of the Philippines

According to Chapter II, Title II, Book III of Republic Act 7160 or the Local Government Code of 1991,[2] a municipality shall mainly have a mayor (alkalde), a vice mayor (ikalawang alkalde/bise alkalde) and members (kagawad) of the legislative branch Sangguniang Bayan alongside a secretary to the said legislature. The following positions are also required for all municipalities across the Philippines: • Treasurer; • Assessor; • Accountant; • Budget Officer; • Planning and Development Coordinator; • Engineer/building Official; • Health Officer; • Civil Registrar; and, • Municipal Disaster Risks Reduction and Management Officer. Depending on the need to do so, the municipal mayor may also appoint the following municipal positions: • Administrator; • Legal officer; • Agriculturist; • Architect; • Information officer; • Tourism officer; • Municipal Environment and Natural Resources Officer; and, • Municipal Social Welfare and Development Officer.

The municipal mayor is the chief executive officer of the municipal government and shall determine guidelines on local policies and direct formulation of development plans (as per Title II, Book III of Republic Act 7160). These responsibilities shall be under approval of the Sangguniang Bayan. The vice mayor (bise-alkalde) shall sign all warrants drawn on the municipal treasury. Being presiding officer of the Sangguniang Bayan (English: Municipal Council), he can as well appoint members of the municipal legislature except its twelve (12) regular members or kagawad who are also elected every local election alongside the municipal mayor and vice mayor. In circumstances where the mayor permanently or temporarily vacates the position, he shall assume executive duties and functions. While vice mayor presides over the legislature, he cannot vote unless the necessity of tie-breaking arises. Laws or ordinances proposed by the Sangguniang Bayan, however, may be approved or vetoed by the mayor. If approved, they become local ordinances. If the mayor neither vetoes nor approves the proposal of the Sangguniang Bayan for ten (10) days from the time of receipt, the proposal becomes law as if it had been signed. If vetoed, the draft is sent back to the Sangguniang Bayan. The latter may override the mayor by a vote of at least two-thirds (2/3) of all its members, in which case, the proposal becomes law. A municipality, upon reaching a certain requirements – minimum population size, and minimum annual revenue – may opt to become a city. First, a bill must be passed in Congress, then signed into law by the President and then the residents would vote in the succeeding plebiscite to accept or reject cityhood. One benefit in being a city is that the city government gets more budget, but taxes are much higher than in municipalities.

Municipalities have some autonomy from the National Government of the Republic of the Philippines under the Local Government Code of 1991. They have been granted corporate personality enabling them to enact local policies and laws, enforce them, and govern their jurisdictions. They can enter into contracts and other transactions through their elected and appointed officials and can tax. They are tasked with enforcing all laws, whether local or national. The National Government assists and supervises the local government to make sure that they do not violate national law. Local Governments have their own executive and legislative branches and the checks and balances between these two major branches, along with their separation, are more pronounced than that of the national government. The Judicial Branch of the Republic of the Philippines also caters to the needs of local government units. Municipalities, like other local governments, do not have their own judicial branch: their judiciary is the same as that of the national government.

Municipalities are divided into income classes according to their average annual income during the previous four calendar years:

A municipality, just like a city, is headed by a mayor and divided into barangays, over which it exercises supervisory authority. The Sangguniang Bayan (SB) is the legislative body for municipalities, while Sangguniang Panlungsod for cities. Only the Metro Manila municipality of Pateros is divided into two SB districts for electing regular members to the Sangguniang Bayan which are sometimes called councilor districts. In terms of geographic level as of 30 June 2020, the latest number of regions, provinces, cities, municipalities and barangays based on Philippine Standard Geographic Code (PSGC) updates as of 30 June 2020: 17, 81, 146, 1,488 and 42,046, respectively, as summarized by the table below, with Filipino names italicized: 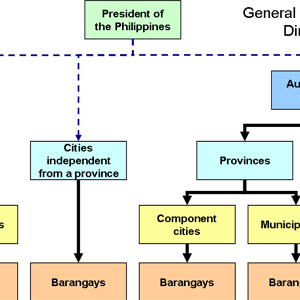 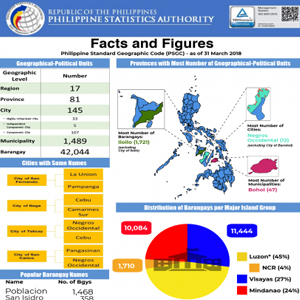 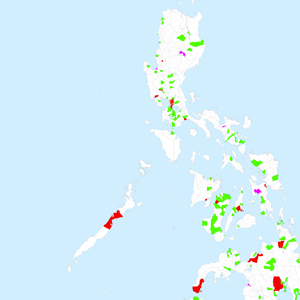 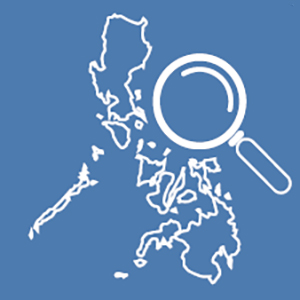 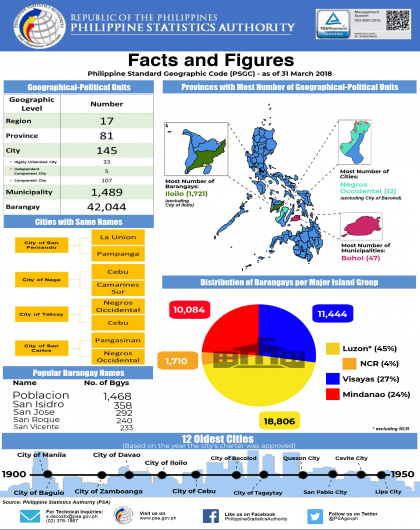 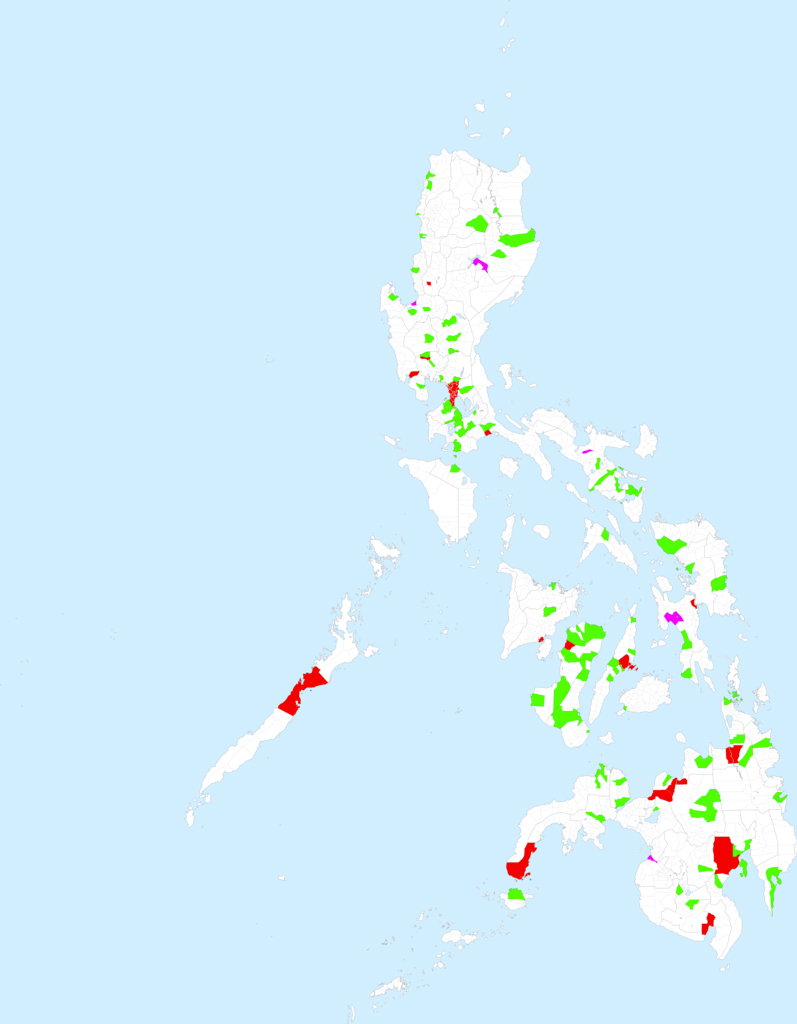 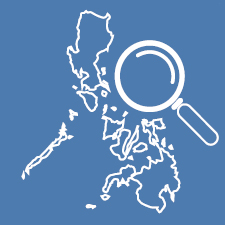 The dashed lines emanating from the president means that the President only exercises general supervision on local government. 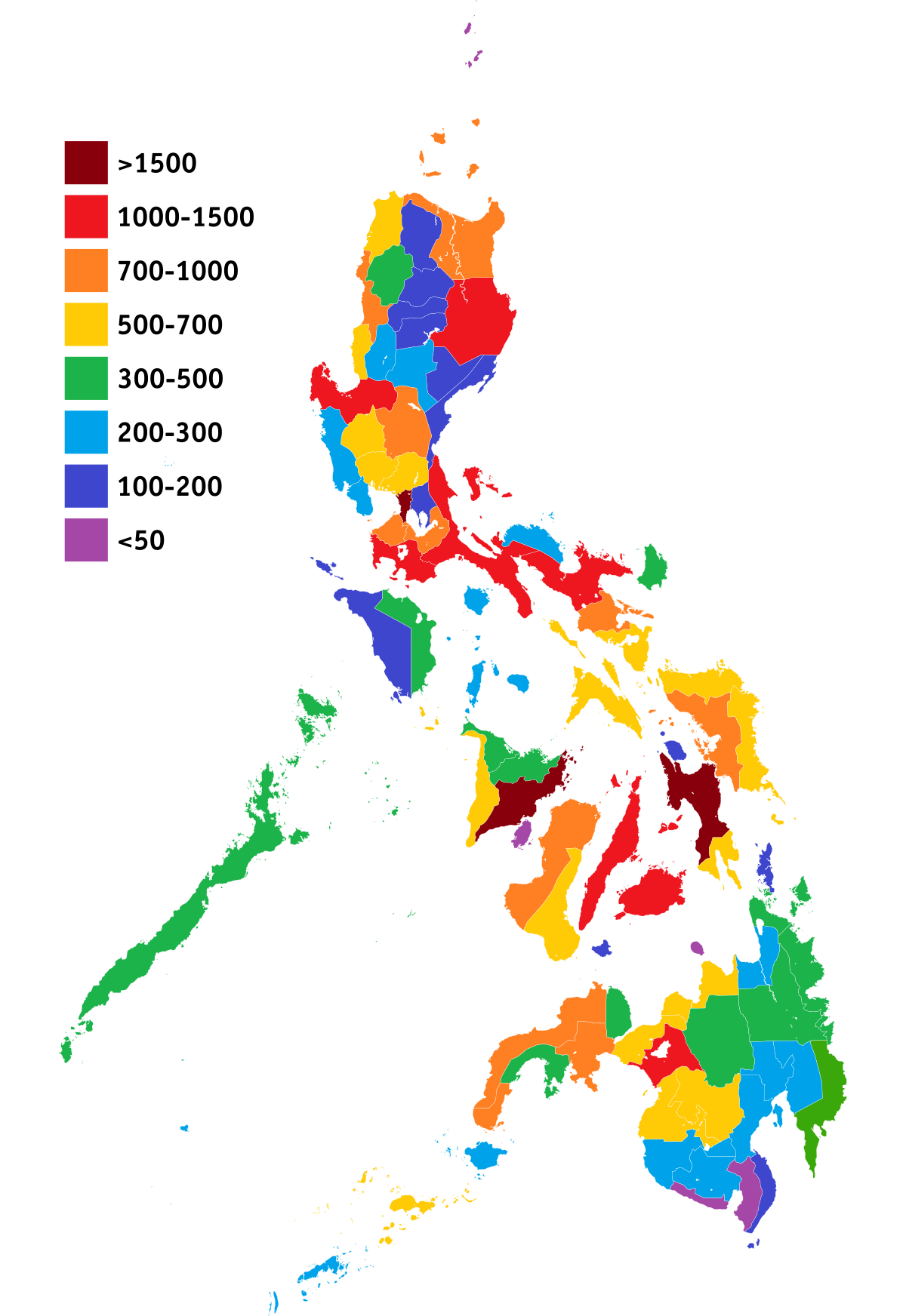 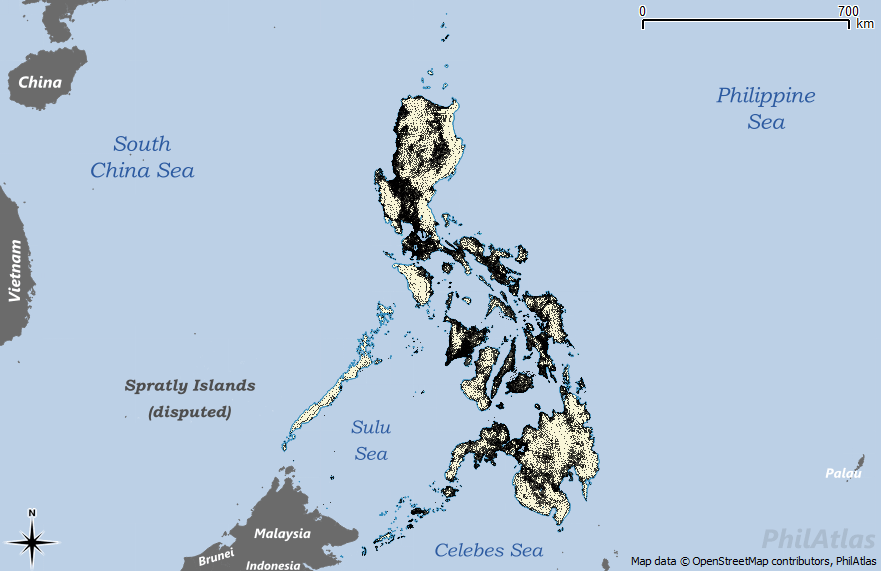